And this is the approach the Brentwood campus has taken as they further began the process of church multiplication as one aspect of the Middle Tennessee Initiative. In addition to ministering to the Brentwood community and training and equipping church members to go and reach other communities throughout the greater Nashville area, the Brentwood campus also houses central support services for all campuses including the Business Office, Executive Pastors’ offices, Communications, and Facilities management.

The Church at Station Hill was the first regional campus of Brentwood Baptist Church, launched in 2010 specifically to minister to the Thompson’s Station/Spring Hill area. Led by long-time Brentwood Baptist minister, Jay Strother, this campus has grown from about 150 core members in 2010 to weekly worship attendance of about 1,000 by 2018.

For the first five years, The Church at Station Hill operated in leased space behind Kroger Marketplace on Thompson’s Ridge Rd. In 2013, 30 acres of land was purchased just off Saturn Parkway between Port Royal Road and Kedron Road. The permanent campus of The Church at Station Hill was completed in the fall of 2015, with about 50,000 square feet of Worship, Preschool/Children’s/Student Ministry, and office space.

Positioned in one of the fastest-growing regions of southern Middle Tennessee, The Church at Station Hill is poised to be a significant place for ministry and outreach for decades to come.

Following the success of the Station Hill campus, the dream of a second regional campus began to take shape in 2013. Another long-time Brentwood Baptist minister, Aaron Bryant, was identified as the Campus and Teaching Pastor for this new ministry opportunity. A launch team formed and began prayer walking the 12 South area of Nashville—an area of great growth with neighborhood revitalization and new home construction.

The Church at Avenue South officially launched in 2014. This campus is located in the renovated first floor of the former Acuff-Rose Building (an iconic building in Music City’s history) on 8th Avenue South. In the church’s first year, this campus grew to an attendance of 300-400 people on Sunday mornings. The church has also built great relationships with local businesses and schools in the area, allowing for important ministry opportunities to take shape.

This merger largely contributed to the development of the Middle Tennessee Initiative, which more broadly defines Brentwood Baptist’s church growth strategy. MTI includes not only starting new regional campuses and church plants, but also mergers with existing churches looking to expand their ministry.

In late 2014, Matt Pearson was called as the new Campus and Teaching Pastor of The Church at West Franklin. With a desire to reach the diverse communities in this area and become a church the city of Franklin loves, this campus of Brentwood Baptist is motivated and positioned to see many come to faith in Christ.

Like West Franklin Baptist Church, Woodbine Baptist Church reached out in 2013 about the idea of a partnership. Having been one of Nashville’s premier churches in the 1960s and 1970s, they had unfortunately experienced a significant decline in membership and attendance in recent years.

In June of 2014, Woodbine Baptist Church voted to become a campus of Brentwood Baptist. The Church at Woodbine is uniquely focused on serving as an outpost for ministry to its culturally diverse community. In July of 2015, Doug Jones began to serve as the Campus and Teaching Pastor at the Woodbine campus and will continue to lead the church in new opportunities to reach the local community with the gospel.

The Church at Lockeland Springs is an exciting addition to the Brentwood Baptist family. The former Lockeland Baptist Church has been ministering in this area of East Nashville since 1903. Much like the other church mergers we’ve completed as part of the Middle Tennessee Initiative, this partnership came as a result of the remaining congregation at Lockeland Baptist recognizing they were no longer positioned to meet the needs of their changing community.

Lockeland Baptist and Brentwood Baptist congregations voted to come together in the spring of 2016, planning and dreaming about how best to reach this thriving community in East Nashville. David Hannah became the Campus and Teaching Pastor at The Church at Lockeland Springs in 2017. 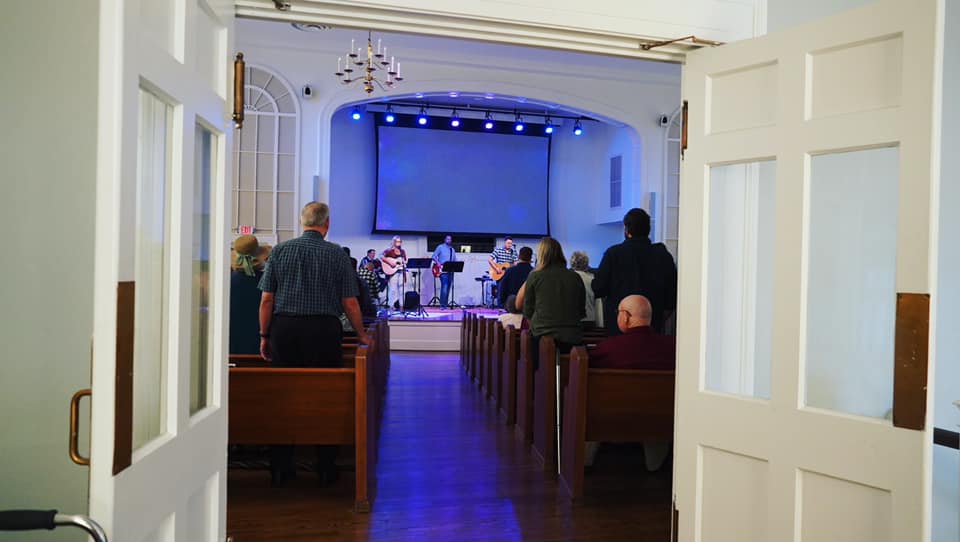 The Church at Nolensville is one of our newest regional campuses of Brentwood Baptist. In June 2017, our church voted to establish this campus in Nolensville. In 2018, the campus officially launched, led by Wade Owens, Campus and Teaching Pastor.

A launch team, made up of 51 adults and 39 children, began meeting for worship each week at a local establishment in Nolensville. LIFE Groups have since been established and are meeting in the Nolensville area. Currently, construction is underway and a permanent home is being built for the growing congregation.

The Church at Harpeth Heights is the newest regional campus of Brentwood Baptist. We have begun several construction projects, including improvements to the roof and HVAC units.

We are excited to see new faces in our pews and classes each week and ask for your continued prayer that The Church at Harpeth Heights be able to effectively share the love of Christ with the lost and searching in the Bellevue area.